Born in Shanghai and raised in Buenos Aires, China made her way to Paris as a young woman where she quickly gained work as a runway model for Givenchy. Her exotic beauty, a combination of Asian and Portuguese heritage, was a stunning contrast from the standard of that time, and soon the most prominent designers of the day were seeking her out to represent their collections on the catwalk. Demand for this impossibly glamorous new arrival would propel China to become the highest paid runway model working in Europe.

Next her travels would take her to New York, where she met Richard Avedon in 1958. The legendary photographer was so enchanted with China that he insisted on shooting her exclusively for the next three years. Their work together for Harper’s Bazaar would lead to China emerging as the first non-caucasion model to appear in a major fashion magazine. Avedon declared her to be his “muse”, and the two would go on to share a life-long friendship and creative collaboration.

Known for her impeccable sense of style and innate elegance, China made the highly unusual transition from model to editor when she was hired as Fashion Director at Hearst Publications. During her decade-long tenure, she helped usher in a ground breaking new age for the industry, with innovative spreads that raised fashion photography to an art form. She was also among the first in her business to embrace television, working as a special consultant for NBC special and producing programs that introduced the concept of high fashion to a much broader audience than ever before. She also was a consultant for Hanei Mori, Chanel, Originala and Trevira.

China would take her own turn as designer with the introduction of a much sought after line of hand knit sweaters, then return to the editorial world when she was tapped by Francis Lear to launch Lear Magazine.

China Machado, a name synonymous with chic, international glamour, a luminary in her field and the embodiment of an effortless and impeccable sense of fashion, is now proudly sharing her latest vision, CHEENA. 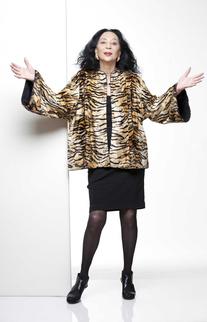 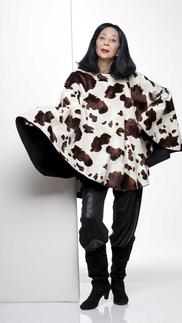 SPECIAL CODE
DO NOT DELETE 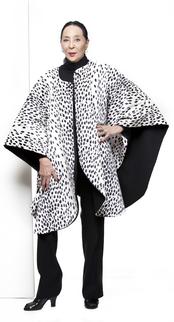